Many reassuring reports say that iBuyers, companies that make the easy cash offers to sellers, have a teeny slice of the market. Redfin, for example, says that IBuyers (often funded by venture capitalists), accounted for a mere 0.5 percent of home sales in the first-quarter this year.

But apparently, more property owners are making heeding the call from iBuyers offering a quick, as-is sale, according to details from a recent survey from brand, marketing and design agency 1000watt, as reported by Inman News.

The survey indicates that iBuyers are solving a real problem for homesellers — dealing with the stress of a traditional sale — and therefore are seeing their market rise.

The survey report, titled “Your money or your life? How homeowners see iBuying,” found that 62 percent of homeowners said “Getting the absolute highest price possible” would be most important to them if they were to sell a home today.

But 38 percent valued speed or certainty above price.

Moreover, 77 percent of homeowners would be “probably” or “maybe” willing to take 5 percent to 10 percent less for their home to avoid the hassle of a traditional sale in favor of the convenience and certainty of an instant, cash offer.

That figure suggests “there is still a long way to go before iBuying hits its ceiling,” the report said. 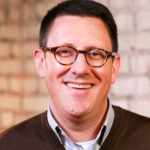 “We were somewhat surprised at the high level of receptivity to the iBuyer proposition at a high level,” Brian Boero, CEO of 1000watt, told Inman via email. “People are very open to the pitch. A large majority of respondents claimed price is their top consideration, but a majority of these same folks are also open to taking a ‘haircut’ on their house for the sake of convenience.

“We titled the report ‘Your money or your life’ because that choice, or perceived choice, is really the hinge on which the future swings. People are torn. In our mind, we think that they are persuadable.”

About 68 percent of the survey respondents had sold a home before and the respondents were split 50-50 by gender. More than 70 percent of homeowner respondents who had sold before said the experience was either “stressful” or “very stressful.”

That doesn’t mean that homeowners identified real estate agents as the cause of this stress. Rather, it was the selling process itself that stressed people out, according to the report.

“The sources of seller stress are straightforward and powerful — violation of one’s most personal space, and disruption of one’s life for a significant period of time cannot be remedied with an app, or waved away as ‘part of the deal,’” the report said. “These are problems hungry for a solution that iBuying provides.”

The survey asked respondents to react to a generic iBuyer pitch: “We will buy your home, for a fair price, in cash. You will receive the money, and close the transaction, in a matter of a few days. We will charge you fees that are similar to selling with a real estate agent, but you will avoid all the hassles of showings, open houses, and be able to move on with your life.”

More than 80 percent said they would respond either “Very positively” or Somewhat positively.”

Of those who responded positively, only 7 percent said they did so because they wanted to avoid working with a real estate agent.

Half said they preferred the certainty of a cash offer as opposed to a buyer with financing that could fall through while another 41 percent said they would prefer to avoid the time and hassle of selling with an agent.

“One might say that this pitch is like offering candy to a baby,” the report said. “Of course homeowners respond positively to a hypothetical offer that seems to have no downside.

“But bear in mind that this pitch is presented in various forms to millions of people every day. People who are becoming more aware of this new path; people who will begin to know more and more people who take it; people who, when their time to sell comes, will have an abundance of information with which to consider this offer in a very real way.”

There Must Be a ‘Catch’

Of the minority who would react negatively to an iBuyer pitch, more than half — 55 percent — said, “I think there must be a catch.”

Just over a fifth, 21 percent, said,” I think I could get more using a real estate agent” and 17 percent said, “I want to work closely with a person who will guide me through the process.”

“[Around] 20 percent of respondents identify the potential downside of iBuying — forfeiting a true market price,” the report said. “It remains to be seen how the delta between market versus iBuyer prices evolves over time, but the trend seems to be toward parity, and both Zillow and Opendoor have signaled that the home transaction itself may come to be viewed as a loss leader for a larger home services business.”

The report suggested that it will be up to iBuyers to overcome sellers’ perception that their offers are “too good to be true.” In this area, Zillow has an advantage over rival and iBuyer pioneer Opendoor, according to 1000watt.

“Second, Zillow Offers is supported by tremendous brand equity. Industry grievances do not diminish this undeniable reality: people trust the Zillow brand. If iBuying cannot scale with the most known and trusted national real estate brand ever behind it, it cannot scale.”

The vast majority of survey respondents — 82 percent — said they either were more likely to trust information from Zillow than from a real estate agent or to trust them about the same. Only 18 percent trusted Zillow less than an agent.

Asked why, nearly two-thirds of respondents said, “I use Zillow and like it.”

1000watt, whose clients are real estate brokerages and conducted the survey as part of its new 1000watt Inside membership program, urged agents and brokers who hope to compete with iBuyers to “begin crafting their counter propositions now” and send out “messaging that speaks to the underlying drivers of iBuying: sellers’ aversion to uncertainty, hassle, and violation of privacy.”

A brokerage’s response should go beyond the financial argument, since many people are willing to give up some of their money if they get speed and certainty, according to 1000watt. And the gap between market price and iBuyer offer will likely continue shrinking anyway, the report said.

“I think it comes down to stress mitigation,” Boero said. “What can you as an agent or broker do to reduce the disruption a traditional sale involves? Getting at that is really the most important, in our view.”