The City of Cincinnati apologized and settled with a REALTOR® and his client after they were held at gunpoint and questioned while viewing a home last November.

The agent, Jerry Isham, and his client, Anthony Edwards, were viewing a home for sale in an area with primarily white residents.

Branigan told the dispatcher the house is for sale, but “They pulled on the front door and forced it open.”

Isham, a REALTOR® with the local Movement Realty brokerage, said he and Edwards had used a lockbox to enter the house for a viewing. They had gone through the living room, the kitchen and the basement when they saw flashing lights and police officers burst through the door. 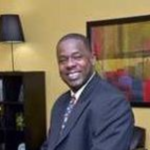 “I didn’t notice the police right away because I thought something had happened outside and was looking at the lights,” Isham told Inman. “Then they started hollering ‘Hands up!’ and telling us to get out.”

Body camera footage (see above) that was later posted on YouTube by an unidentified individual shows the officers entering the house, yelling at the men to get out even as Isham explains that he is a REALTOR® who is showing the home with a client. Ultimately, at least six officers can be seen on the scene.

9-Year-Old Son Watched From Outside

Isham said that he could not stop thinking about his 9-year-old son, who was waiting for him to finish the viewing and could see the incident from the street. But he also felt embarrassed in front of his client, who was getting angry about getting detained.

“I’m startled,” Isham said. “My client is irate. He kept saying that he’s with his REALTOR®.”

One of the officers can be seen holding a drawn gun while another accuses them of playing “the race card.” “It’s called being a good neighbor when you see someone going into a house,” a male officers is heard saying on the video, before placing the men in handcuffs.

The female officer is also seen searching Isham’s pockets and repeatedly asking to see his real estate ID. After she pulled out his business cards and driver’s license, Isham and Edwards were let go without charges.

The story has been raising conversation about how real estate professionals of color are sometimes treated by law enforcement professionals while doing everyday activities—including on Inman Coast to Coast.

“Police shouldn’t just react to what they’re told,” wrote Joseph Sheldon, an agent with Keller Williams Realty Bothell in Washington. “They should take into account whether the report they received may have been racially biased, and act accordingly.”

Others shared stories of similar experiences that they have either seen or experienced themselves.

“Funny, because when the alarm went off at my listing lately (my seller put the alarm on by reflex when he left), the police let the agent call me to confirm it was a showing and nothing else,” wrote Seattle Compass agent Fabrice Muratore. “They didn’t handcuff anybody and were quite relaxed. The agent and clients were not black. Of course.”

Isham, who is also a member of National Association of Registered Agents and Brokers, said that the incident sheds a broader light on how African American real estate professionals are often treated by law enforcement officers. He was particularly upset that, even after the police discovered his business cards, nobody admitted that they had made a mistake or treated him unfairly.

“I’ve been selling real estate for 32 years,” Isham said. “On that day, I was not treated like a professional.”

Through the lawsuit and subsequent media coverage, Isham hopes to prevent a repetition of other incidents like this.

“The city regrets this extremely unfortunate and unnecessary situation,” Cincinnati City Manager Patrick Duhaney said in a statement. “Mr. Isham and Mr. Edwards did nothing wrong.”

Duhaney said the city agreed to pay the men $151,000 as part of a settlement. He said “voluntary training” with the board of REALTORS® would be made available.

“We are in the process of implementing implicit bias training for all city employees,” Duhaney said. “We sincerely apologize.”