Thanks to Proposition 13, homeowners who bought back in the late ’70s-’90s are often sitting on impressive equity gains, and have their tax basis capped at no more than a 2% increase over the initial purchase price (plus any improvements). This is the tax structure that enabled situations such as Newport Beach’s Lido Isle, where it’s possible to have houses assessed at $150,000 adjacent to an almost identical house assessed at $10MM. 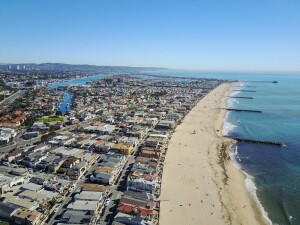 Those with a low basis are far less likely to move, even if they have substantially more house than they actually need, ultimately resulting in lower supply. Voters saw this coming back in the mid-’80s and passed Props 60 and 90, giving California homeowners over the age of 55 a chance to sell their primary residence and transfer their property tax assessment to another home.

Some of the restrictions made sense, but have not resulted in much downsizing by empty-nesters to help ease the housing shortage. That could be about to change, as the Tax Fairness Initiative supported by the California Association of REALTORS® could qualify for the November ballot. It would do away with the Prop 60 and 90 restrictions, but may have some negative consequences, according to the California Legislative Analyst Office:

Some take issue with the fact that those who bought a house “at the right time” benefit again. And that REALTORS® would also benefit, “since it would likely result in more high-priced homes being listed that would otherwise stay off the market.”

“The picture does not look so great for the rest of California taxpayers who would have to foot the bill,” says Adam Deermount, in Builder. “Giving older home owners the ability to move multiple times and maintain their initial Prop 13 protection indefinitely creates some major market distortions. The California Legislative Analyst’s office offered a mixed view of the proposal. On the plus side, they found that home sales would likely increase.”

The LAO report states:
“It likely would encourage more older homeowners to sell their existing homes and buy other homes. In recent years, between 350,000 and 450,000 homes have sold each year in California.Under the measure, home sales could increase by as much as tens of thousands per year.”

The downside, according to Deermount, “would be a further erosion of property tax revenues to local governments, already constrained by Prop 13.”

More from the LAO report:
“By further reducing the increase in property taxes that typically accompanies home purchases by older homeowners, the measure would reduce property tax revenues for local governments. Additional property taxes created by an increase in home sales would partially offset these losses, but on net property taxes would decrease.

In the first few years, property tax losses would be a few hundred million dollars per year, with schools and other local governments (cities, counties, and special districts) each losing around $150 million annually. Over time these losses would grow, likely reaching between $1 billion to a few billion dollars per year (in today’s dollars) in the long term, with schools and other local governments each losing $1 billion or more annually.”

“The Legislative Analysts Office missed one critical aspect in their report,” explains Deermount. “The way that local governments will respond to the reduction in revenue.

“My guess,” he said, “California municipalities will respond with more of the same tactics since Prop 13 was passed–by increasing impact fees on new development.

“In an ironic twist, the increase in impact fees make it less economical to build and ultimately results in fewer viable housing developments and lower inventory. So a proposition that is being sold to the public as a way to increase inventory could end up having the opposite impact over time.”